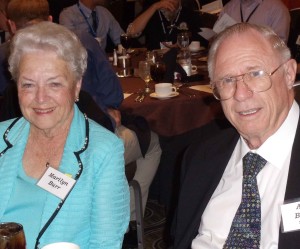 Art Burr with his wife, Marilyn

Arthur (Art) Burr ‘54 has lived the American dream, and he feels Webb played a major role in his good fortune. Says Art, “When someone asks me what the secret of my financial success was, I tell them that it was the three F’s, otherwise known as the fickle finger of fate. If my father had not run into a Webb graduate at the boatyard one day, I would never have even heard about Webb, and my life would have gone in a totally different direction. There were many other instances when I was fortunate enough to be in the right place at the right time, but nothing compared to the good fortune of being able to get a great, and free, engineering education at Webb, all thanks to the generosity of William H. Webb.”

The world was a much different place back in 1949 than it is today. World War II had ended only a few years earlier and there were no government subsidized student loan programs other than the G.I. Bill. Most parents didn’t have the money to send their kids to college. “Mine certainly didn’t. My father had served in the war and had come back to his old job with the telephone company. If you wanted to go to college, and not everyone did by a long shot, you either received a scholarship or you had to work your way through school. Our parents had lived through the Great Depression and had taught us to avoid debt like the plague, so a free college education was a really big deal. In those days, even room and board was free at Webb. Our only expenses were books,” says Art.

After graduation, Art attended the U.S. Navy Officer Candidate School in Newport, RI, and subsequently moved to Washington, D.C., to work for Admiral Rickover supervising the design of the reactor components and refueling equipment for our nuclear navy.

While a junior at Webb, he had met and dated a lovely young lady by the name of Marilyn Seeberger. The day after he received his officer’s commission, they were married, and for the last 60 years they have made the decisions together that have shaped their lives. In 1962, his love of boats led Art to transfer to the Bureau of Ships, Small Boat Division, to work with his classmate, Ken Spaulding, designing and supervising construction of the Navy’s fleet of fiberglass boats. While this meant a cut in pay, he found the work enjoyable and very satisfying. In 1963, he was sent to Miami to attend a conference and met Don Aranow who convinced him that he should serve as the Chesapeake Bay dealer for the Formula 233 boat Aranow was building. “When my wife picked me up at the airport that night and I told her that we were officially in the boat business, she was in total disbelief. This was understandable since we had a one-year old daughter, very little money, and would need a 100% loan to buy that first boat.”

With a $6,000 loan from a friendly banker, Art and Marilyn launched Burr Yacht Sales as a part-time business in their back yard in Springfield, VA. Two years later, they made the frightening plunge from a secure government job to self-employment in the boat business. In 1969, they became the Chesapeake Bay dealer for the high-end sport fishing boats manufactured by Bertram Yachts, and in 1991, the east coast distributer for Fleming Yachts, a Taiwanese manufacturer of world-class, long-range cruising yachts. By 2008, the company had annual sales approaching $30 million and ten employees at their marina in Edgewater, MD. Marilyn and Art decided to retire and transferred the company for a pittance to the three key employees who had been with Burr Yacht for more than 25 years. Says Art, “They earned it. I knew that they would continue the business with the same kind of integrity and product knowledge that had made the business so successful in the first place. I have lived the American dream. With a great Webb education to launch my career and a lot of hard work and good fortune, I achieved a great deal of success, both personally and financially.”

In his recent visits to Webb, Art has noticed many changes from his time as a student, but he is impressed with the intelligence and outgoing nature of today’s students. He and Marilyn have been extraordinary supporters of Webb. Among their many gifts to Webb, they contributed funds to upgrade the Arthur and Marilyn Burr Junior Classroom in memory of two departed classmates, John Franklin and John Dalzell, and the Benjamin C. Keeler Reading Room, “Named in recognition of his brilliance and unique teaching style.”

Today, Art, an honorary member of Webb’s Campaign Cabinet, has made a Cornerstone level commitment to the effort. He says, “Webb gave me my start in life. It remains an exceptional educational institution that not only fosters a good learning environment but provides a family atmosphere that results in life-long friendships. Your contribution to Webb can help assure the future of one of America’s unique and finest, privately funded educational institutions.” 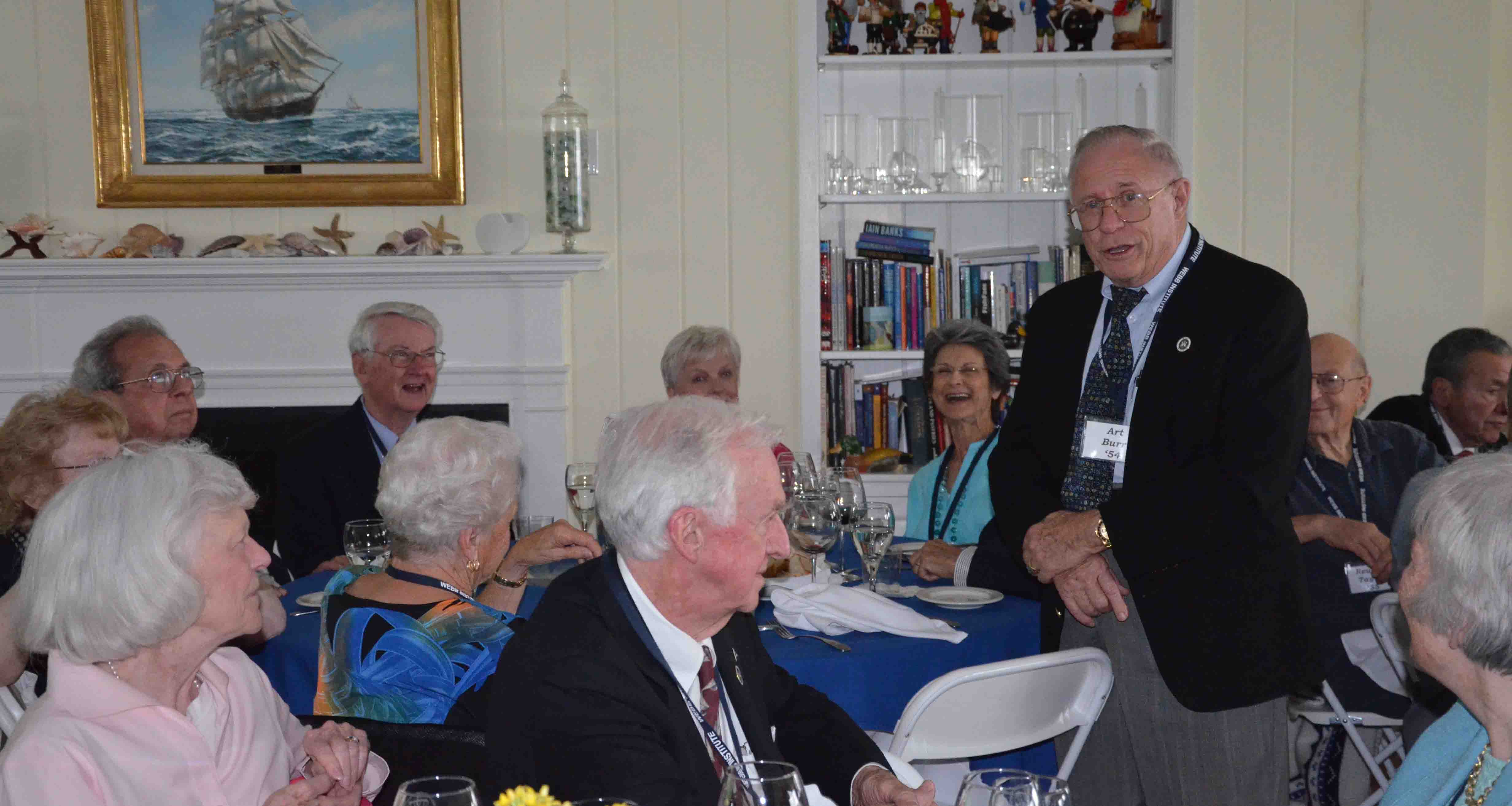 Art Burr speaking at the Heritage Society Dinner in 2015.