The film, the result of twelve years work and over 2000 hours of filming from the original vision to the finished product, focused on the workers who constructed the new 1776-foot Freedom Tower and the other buildings that make up the new World Trade Center site. Mr. Robinson‘s film has been called “a celebration of the human spirit and its enduring capacity to triumph over adversity.”  The showing of the film was followed by a lively question-and-answer period.  The audience was impressed with the film and delighted to meet and talk with Mr. Robinson and his wife Lucie. 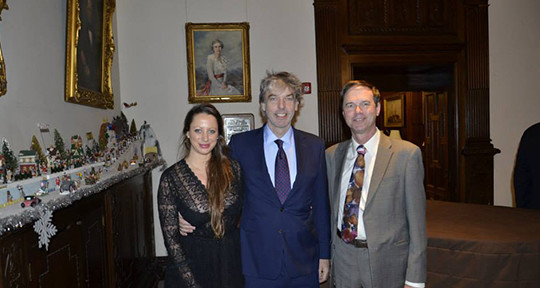