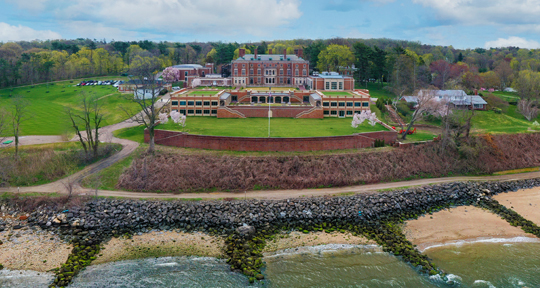 Webb Institute is one of the nation’s top colleges for students seeking a superb education with great career preparation and at an affordable price, according to The Princeton Review®.

The education services company named Webb as a Best Value College for 2021 in a feature the company posted at https://www.princetonreview.com/college-rankings/best-value-colleges/. The feature profiles 200 schools that The Princeton Review selected out of more than 650 institutions the company considered and surveyed for this year’s project.

Information on the Best Value Colleges for 2021 project and its seven categories of ranking lists, as well as our profiles of the selected schools, is accessible for free with registration on The Princeton Review’s website.

In all, The Princeton Review crunched more than 40 data points to tally ROI (Return on Investment) ratings of the colleges that determined its selection of the 200 schools for the 2021 project. Topics covered everything from academics, cost, and financial aid to graduation rates, student debt, alumni salaries, and job satisfaction.

“The schools we name as our Best Value Colleges for 2021 comprise only just over 1% of the nation’s four-year colleges,” noted Robert Franek, The Princeton Review’s editor-in-chief. “They are distinctive in their programs, size, region, and type, yet they are similar in three areas. Every school we selected offers outstanding academics, generous financial aid and/or a relative low cost of attendance, and stellar career services. We salute Webb Institute for these exceptional offerings and recommend it highly to college applicants and parents.”

The Princeton Review lists that the starting medium salary for Webb graduates is $81,500 (according to Payscale). Webb students who described the college as “THE college for Naval Architecture and a job offer is basically guaranteed after graduating.”

The Princeton Review is also widely known for its college rankings in dozens of other categories, many of which are reported in its annual book, The Best 386 Colleges, published in August.

Other Princeton Review rankings and lists that Webb Institute is on:

The Princeton Review is a leading tutoring, test prep, and college admission services company. Every year, it helps millions of college- and graduate school–bound students achieve their education and career goals through online and in-person courses delivered by a network of more than 4,000 teachers and tutors, online resources, and its more than 150 print and digital books published by Penguin Random House. Its Tutor.com brand is the largest online tutoring service in the U.S. It comprises a community of thousands of tutors who have delivered more than 18 million one-to-one tutoring sessions. The Princeton Review is headquartered in New York, NY. The Princeton Review is not affiliated with Princeton University. For more information, visit PrincetonReview.com. Follow the company on Twitter @ThePrincetonRev and Instagram @theprincetonreview